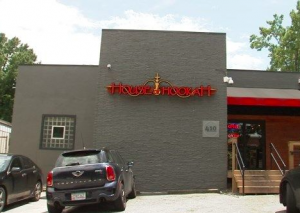 Could this senseless Atlanta hookah lounge shooting have been prevented and are justice and compensation available to those injured?

Police told 11 Alive, “officers nearby heard gunshots at about 2 a.m., and responded to the House of Hookah in the 400 block of 14th Street, NW. As they arrived, they discovered two people who had been shot, one in the hand and one in the chest.”

Shots were fired “following an altercation that occurred earlier in the evening,” according to CBS 46 reports. Both victims were transported to Grady Memorial Hospital with injuries. Their identities and current conditions have not been released.

Was negligent security a factor in this Atlanta hookah lounge shooting?  Read Our Legal Take below to find out if the victims may have legal avenues for justice and claims for substantial compensation in Georgia.

Nightclub and parking lot patrons have a right to feel safe and secure while on the premises. The Murray Law Firm questions the level of security provided at the subject property and whether this shooting may have been prevented.

By law, property owners in Georgia are required to protect all those legally on the premises from any foreseeable harm.  Should the facts of this matter reveal that the lounge or parking lot owners failed to provide adequate security, the victims may seek justice and elect to pursue legal claims for their injuries.