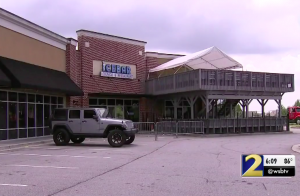 Could this tragedy have been prevented and are justice and compensation available to the victim’s family and those inured in this senseless shooting?

Gunfire erupted outside a College Park nightclub early Wednesday morning, July 4, 2018, claiming the life of a 25-year-old man and leaving three others injured.  Per the Clayton News Daily, police responded to “an early-morning shooting [in the parking lot of] the Ice Bar Lounge and Restaurant in College Park” and “found 25-year-old male Curtis Lamar Wright of Jonesboro dead in the parking lot of the bar.”  Per the news story,”[t]he incident reportedly started inside the establishment. A verbal altercation turned physical, then spilled out into the parking lot and escalated into gunfire.”  The report indicates that Mr. Wright “apparently was not part of the fight and [Clayton County Police] are asking witnesses for any related phone video.” 11 Alive also confirms that the deadly shooting occurred outside “The Ice Bar Lounge and Restaurant…in the 5400 block of W Fayetteville Road,” around 1:40 a.m.

Per WSB-TV 2, “people began arguing inside the bar and soon the fight became physcial. The fight spilled out into the parking lot, where a shootout began.” In addition to Mr. Wright, three others were transported to hospitals with “non-life-threatening injuries.”

Was negligent security a factor in this College Park nightclub shooting and could this tragedy have been prevented?  Read Our Legal Take below to find out if the victim’s family and the other victims of this tragic shooting may have legal avenues for justice and claims for substantial compensation in Georgia.

By law, property owners in Georgia are required to protect all those legally on the premises from any foreseeable harm.  Should the facts of this matter reveal that the nightclub or parking lot owners failed to provide adequate security, the victim’s family may seek justice and elect to pursue legal claims for his wrongful death. Additionally, the other victims of this tragic shooting may pursue legal claims for their injuries.