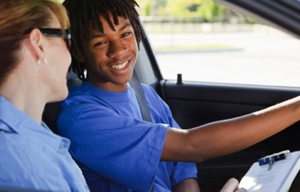 This fall Georgia teen drivers and parents were encouraged to set aside time to talk about road safety during the U.S. Department of Transportation’s Teen Driver Safety Week. Teen car collision legal experts warn, many of the tragic accidents they witness on a daily basis could be avoided by talking to teens about simple, safe driving habits. Parents should also take care to model these behaviors themselves. The DOT warns, “Parents serve as primary influences on teenage driving behavior.”

The NHSTA offers the following tips on talking to teen drivers. Please take time to talk to the young drivers in your life and help keep Georgia teens and roads safe!

Learn and follow your state graduated driver licensing (GDL) laws – GDL systems have been shown to reduce teen crashes. All states have three-stage GDL programs (learner’s permit, intermediate or provisional license, full licensure). During the process, restrictions are put in place so young drivers can gain critical driving experience in lower-risk situations and a gradual introduction to more complex tasks through controlled exposure to high-risk situations.

Limit teen passengers and night driving – A NHTSA analysis found teen drivers were two-and-a-half times more likely to engage in one or more potentially risky behaviors when driving with one teenage peer compared to when driving alone. That risk increased with multiple passengers. In 2010, 1,326 passengers in young drivers’ vehicles were killed in crashes involving young drivers. Most nighttime fatal crashes of young drivers occur between 9 p.m. and midnight. NHTSA recommends a maximum of one passenger in the car with your teen at all times (no passengers if required by your state GDL law) and nighttime driving restrictions starting no later than 10 p.m.

Encourage your teen to always buckle up – Wearing a seat belt is the most effective protection for drivers and passengers in the event of a crash. In 2010, three out of five 16- to 20-year-old occupants killed in passenger vehicles were not wearing seatbelts.

Establish regular supervised driving and feedback sessions – Most parents and caregivers are unaware of the number of hours of supervised driving teens must complete as part of the intermediate phase of their state’s GDL program. Parents should refer to the minimum supervised driving requirements required by their state, but are also encouraged to continue to drive with their teen in a variety of driving situations and environments, such as at night, in inclement weather, and in high traffic situations even beyond what’s required. More practice will only make them better drivers. Set aside a regular time to discuss your teen’s progress, experiences, concerns and achievements.