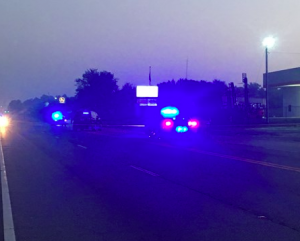 Could This Macon Nightclub Shooting Have Been Prevented?

According to WMAZ 13, an altercation that began “inside Club Status” escalated into gunfire in the nightclub “parking lot,” shortly before 3:30 a.m. Mr. Adkins apparently suffered a gunshot wound to the foot, per Macon Telegraph reports. Mr. Simmons suffered “critical” injuries to his head. Both victims were transported to Navicent Health. Their current conditions have not been released.

The nightclub was apparently the subject of a prior shooting investigations in 2015 and 2016, per Macon Telegraph reports.

Did negligent security contribute to the shooting of these two young men? We represent individuals and families in Georgia who have suffered a tragic loss or injury as a consequence of negligent property security, and we have recovered tens of millions of dollars for our Clients. Read Our Legal Take to find out if the victims may have legal avenues for justice and claims for substantial compensation in Georgia, or call now for a free consultation with out legal team: 478.246.1010.

Nightclub patrons have a right to feel safe and secure while on the premises. The Murray Law Firm questions the level of security provided to those at the property and whether this shooting may have been prevented.

By law, property owners in Georgia are required to protect all those legally on the premises from any foreseeable harm.  Should the facts of this matter reveal that the nightclub or parking lot owners  failed to provide adequate security, Dominique Adkins and Arid Simmons may seek justice and elect to pursue legal claims for their injuries.

We Fight for Victims of Nightclub Security Negligence in Georgia…Contact us Now for a Free Consultation.