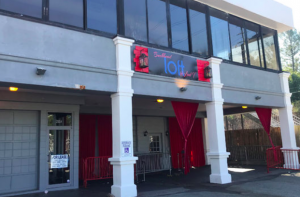 Could the tragic shooting of an innocent bystander have been prevented, and are justice and compensation available to Emeka Onyekwe’s family?

An altercation escalated into gunfire at a Buckhead nightclub Friday morning, October 5, 2018, tragically claiming the life of a 36-year-old Emeka Onyekwe.

According to The Atlanta Journal-Constitution, the shooting occurred outside “[a club] in the 2000 block of Tula Street.” Bystander Emeka Onyekwe “was caught in the crossfire when an argument inside the bar spilled outside.”

“You could tell they were going to get a weapon or whatever because they were talking a lot of mess. When they came back inside, they just started popping their guns, pow, pow, pow! Just crazy,” a witness told WSB-TV 2.

Police have allegedly since charged a suspect in connection with the shooting.

Was negligent security a factor in this senseless loss of life? Read Our Legal Take below to find out if Emeka Onyekwe’s family may have legal avenues for justice and claims for substantial compensation in Georgia.

Nightclub patrons have a right to feel safe and secure while on the premises. The Murray Law Firm questions the level of security provided at the nightclub and whether this tragedy may have been prevented.

By law, property owners in Georgia are required to protect all those legally on the premises from any foreseeable harm.  Should the facts of this matter reveal that the nightclub owner failed to provide adequate security, Emeka Onyekwe’s family may seek justice and elect to pursue legal claims for their loss.