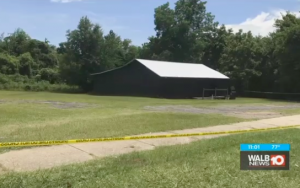 Could the tragic loss of Za’quavia Smith have been prevented and are justice and compensation available to her family and the other victims of this horrific shooting?

Gunfire erupted at an Ashburn nightclub Saturday morning, June 30, 2018, claiming the life of Za’quavia Smith and leaving six others injured.

According to WALB, the shooting occurred “at Studio 2.0, a nightclub on W. Washington Avenue, around 2:30 a.m.” Two victims were airlifted to a Macon hospital and five were transported to Tift Regional Medical Center. Tragically, Ms. Smith succumbed to fatal injuries. The identities and conditions of the other victims have not been released.

Police told FOX 5 a party promoter was arrested for “selling alcohol to those at the nightclub who were under 21.” Authorities have apparently not yet identified a gunman.

Was negligent security a factor in this Ashburn nightclub shooting and could this tragedy have been prevented?  Read Our Legal Take below to find out if Ms. Smith’s family and the other victims of this tragic shooting may have legal avenues for justice and claims for substantial compensation in Georgia.

Nightclub patrons have a right to feel safe and secure while on the premises. The Murray Law Firm questions the level of security provided at the subject property and whether this tragedy may have been prevented.

By law, property owners in Georgia are required to protect all those legally on the premises from any foreseeable harm.  Should the facts of this matter reveal that the nightclub owner failed to provide adequate security, the family of Za’quavia Smith may seek justice and elect to pursue legal claims for her wrongful death. Additionally, the other victims of this tragic shooting may pursue legal claims for their injuries.

We represent our Clients on a contingency agreement, which generally means that no fees or payments are owed until and unless we recover. Anyone seeking further information or legal representation is encouraged to contact us via e-mail (click here) or by telephone at 229.385.9690. Consultations are free and confidential.