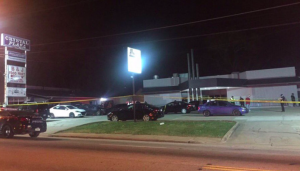 The AJC reports, a shooting outside Club Crucial erupted after “two groups of people got into a dispute inside the club and were asked to leave. They complied, and shortly after, gunfire erupted in the club’s parking lot.” Police apparently believe the five victims struck during the hail of gunfire “were innocent bystanders,” and “there is currently no evidence to suggest [they] were involved in the incident.”

Police are still searching for suspects. Media reports indicate “there are no cameras in the club or surrounding area.”  11 Alive reports that “[t]his is one of many shootings at this club in recent years.”

Generally, business owners and operators are required to protect all patrons legally on the premises from any foreseeable harm. Should the facts of this matter reveal that the owner or operator of the nightclub or parking lot failed to provide adequate security to protect those on its premises, the victims may seek justice and elect to pursue a legal claim for their injuries.

Given the complexities of pursuing a negligent security case, it is imperative that the victims retain an experienced attorney who can ensure the preservation of any and all evidence that may support such a claim.  Based upon its prior experience in handling security negligence claims in Georgia, The Murray Law Firm suggests that photographs and a thorough, unbiased inspection of the property will need to be performed immediately, before any evidence may be repaired, damaged or destroyed.