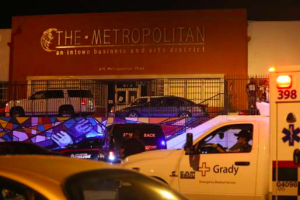 A shooting at The Metropolitan recording studios in Atlanta reportedly claimed the lives of two men Wednesday night, April 20, 2016.

The AJC reports, the shooting occurred shortly before 8:30pm at The Metropolitan Intown Business and Arts District, which “comprises several recording studios, offices and living spaces.”

A witness who was recording a CD inside the studio told media “he heard gun shots and saw two men running.” The witness apparently believed “another group of recording artists were having a listening party” at the time.

Police have not yet identified suspects or a motive.

Patrons have a right to feel safe and secure while on the premises of the establishment they are visiting. The Murray Law Firm questions the level of security provided to those in the recording studios where this senseless incident took place, and whether this tragedy may have been prevented.

Generally, business owners and operators are required to protect all patrons legally on the premises from any foreseeable harm. Should the facts of this matter reveal that the owner or operator of the recording studios failed to provide adequate security to protect those on its premises, the families of the victims may seek justice and elect to pursue a legal claim for their wrongful deaths.

Given the complexities of pursuing a negligent security case, it is imperative that the victims’ families retain an experienced attorney who can ensure the preservation of any and all evidence that may support such a claim.  Based upon its prior experience in handling security negligence claims in Georgia, The Murray Law Firm suggests that photographs and a thorough, unbiased inspection of the property will need to be performed immediately, before any evidence may be repaired, damaged or destroyed.