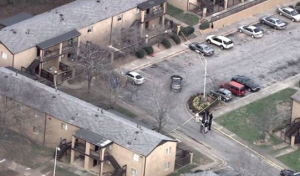 A 15-year-old boy was reportedly shot and injured at the Edgewood Court Apartments in Atlanta Wednesday afternoon, January 6, 2016.

The AJC reports, police responded to shots fired at the at the Edgewood Court Apartments on Hardee Street, shortly after 2:30pm. A 15-year-old boy was apparently discovered at the scene suffering from gunshot wounds. The young victim was transported to Grady Memorial. His current condition has not been released.

Media reports indicate the complex apparently has a long history of violence, including a robbery-shooting in April 2015, the shooting of an Atlanta police officer in November 2013, and a cab driver assault in February 2010.

Apartment residents and guests have a right to feel safe and secure while on property. Given the reported history of violence on property, The Murray Law Firm is questioning whether this horrific attack may have been prevented and the level of security provided to those on the premises of the apartment complex.

By law, apartment owners are required to protect all residents and guests legally on the premises from any foreseeable harm.  Should the facts of this matter reveal that the apartment complex owner or management company failed to provide adequate security, the young victim and his family may elect to seek justice and pursue a legal claim for his injuries.

Based upon its extensive and successful experience in handling negligent security cases against apartment complexes in Georgia, The Murray Law Firm suggests that photographs and a thorough, unbiased inspection of the apartment and property will need to be performed immediately, before any evidence may be repaired, damaged or destroyed.