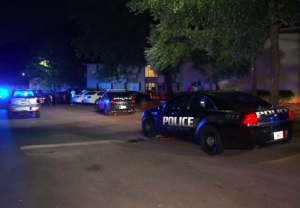 Could This Tragic Loss of Life Have Been Prevented?

According to 11 Alive News, the shooting occurred “around 3:30 Friday morning at the Waterford Manor Apartments located at 4105 Covington Highway.” The AJC reports, Mr. Anderson was “standing outside his car” when an armed assailant “tried to rob him.” The suspect opened fire during the struggle, fatally striking Mr. Anderson before fleeing the scene.

The complex was apparently the subject of a prior shooting investigation in May 2016. WTVM reports, a stray bullet ripped through the bedroom wall of two young children in that terrifying incident.

By law, property owners in Georgia are required to protect all those legally on the premises from any foreseeable harm.  Should the facts of this matter reveal that the apartment complex owner or management failed to provide adequate security, the family of Adrian Anderson may seek justice and elect to pursue legal claims for his wronful death.