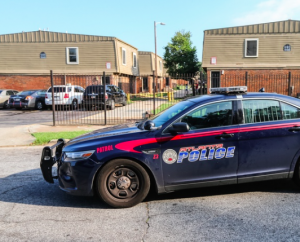 Did negligent security contribute to the shooting of this 5-year-old boy? Read Our Legal Take to find out if the if the young victim and his family may have a legal avenue for justice and a claim for compensation.

A 5-year-old boy was reportedly struck by gunfire at the Forest Cove apartment complex in southeast Atlanta Sunday night, August 28, 2016.

FOX 5 News reports, “[p]olice were called out to [the] Forest Cove Apartments just before midnight. Once they arrived on the scene, police discovered the child had sustained a gunshot wound to the back of his shoulder. According to police, he was struck by a stray bullet.” The young victim was transported to the hospital. His current condition has not been released.

The apartment complex has apparently been the subject of media attention in the past, including allegations of “dangerous conditions” reported by CBS46 in July 2012, and  a “fatal shooting” reported by The AJC in July 2015.

Apartment residents and guests have a right to feel safe and secure while on the premises. The Murray Law Firm questions the level of security provided to those at the apartment complex and whether this unconscionable shooting may have been prevented.

By law, property owners in Georgia are required to protect all those legally on the premises from any foreseeable harm.  Should the facts of this matter reveal that the apartment complex owner or management company failed to provide adequate security, the young victim and his family may elect to seek justice and pursue a legal claim for his injuries.