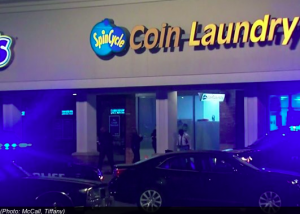 Could This Tragedy Have Been Prevented?

According to The AJC, the shooting occurred outside the “Coin Laundry in the 3500 block of Memorial Drive…located in Belvedere Plaza.” Gunfire apparently erupted when Mr. Lemmons, an overnight manager at the laundromat, “approached three men who were loitering outside the business.” Sadly, Mr. Lemmons leaves behind a young daughter.  Distraught family members apparently gathered outside the laundromat following the shooting, per 11 Alive reports.

Did negligent security contribute to the tragic loss of this young father? We represent individuals and families in Georgia who have suffered a tragic loss or injury as a consequence of negligent property security, and we have recovered tens of millions of dollars for our Clients. Read Our Legal Take to find out if the victim’s family may have legal avenues for justice and claims for substantial compensation in Georgia, or call now for a free consultation with out legal team: 404.842.1600.

Shopping center employees and patrons have a right to feel safe and secure while on the premises. The Murray Law Firm questions the level of security provided to those at the property and whether this tragedy may have been prevented.

By law, property owners in Georgia are required to protect all those legally on the premises from any foreseeable harm.  Should the facts of this matter reveal that the shopping center owner or management company failed to provide adequate security, the family of Carlos Lemmons may elect to pursue legal claims for his wrongful death. Additionally, as Mr. Lemmons was working at the time of his death, his family is almost certainly entitled to substantial workers compensation benefits per Georgia law.

We Fight for Victims of Workplace Violence and Property Security Negligence in Georgia…Contact us Now for a Free Consultation.