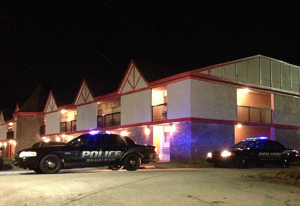 Did negligent security contribute to the deaths of these two young brothers? Read Our Legal Take to find out if the victims’ family may have a claim for compensation.

Derrick and Johnathon Shields were reportedly killed in a shooting at the Affordable Hotel in Decatur Thursday morning, June 2, 2016.

According to CBS 46 News, the two brothers were fatally shot “at the Affordable Hotel on the 1900 block of Glenfair Road in Decatur,” around 2:00am. Officers apparently discovered the young men “inside a second-floor room,” per media reports.

Police have not yet identified a suspect or motive. The hotel has an alleged history of gun-violence, including shootings reported by media outlets in January 2014 and February 2015.

Hotel guests have a right to feel safe and secure while on the premises. Given the reported history of gun-related activity on property, The Murray Law Firm questions the level of security provided to those at the hotel and whether this shooting may have been prevented.

By law, property owners in Georgia are required to protect all those legally on the premises from any foreseeable harm.  Should the facts of this matter reveal that the hotel owner or management failed to provide adequate security, the family of Derrick and Johnathon Shields may elect to seek justice and pursue legal claims for their wrongful deaths.

We Fight for Victims of Hotel Security Negligence in Georgia…Contact us Now for a Free Consultation.