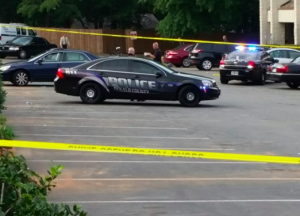 Did negligent security contribute to the death of one man and the injury of two others? Read Our Legal Take to find out if the if the victims and their families may have a legal avenue for justice and a claim for compensation.

A shooting at a Stone Mountain shopping center reportedly claimed the life of one man and left two others injured Friday night, August 5, 2016.

11 Alive News reports, police “responded to 971 North Hairston to a call of two people shot outside of Hairston Village Shopping Center. DeKalb Police Lt. Shane Stanfield said one person was dead at the scene and another man [was] injured and taken to Grady Memorial Hospital.” A third shooting victim was reportedly transported for medical treatment in a private vehicle.

Police are apparently still searching for suspects and a motive. CBS 46 reports, the assailants “fired numerous rounds at the victims, who did not appear to be armed, before fleeing the scene.”

Shopping center patrons have a right to feel safe and secure while on the premises. The Murray Law Firm questions the level of security provided to those in the shopping center parking lot and whether this shooting may have been prevented.

By law, property owners in Georgia are required to protect all those legally on the premises from any foreseeable harm.  Should the facts of this matter reveal that the shopping center owner or management company failed to provide adequate security, the victim’s family may elect to seek justice and pursue a legal claim for his wrongful death. Additionally the other victims of this attack may pursue claims for their injuries.