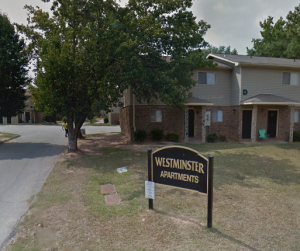 Did negligent security contribute to the shooting of this young man? Read Our Legal Take to find out if the victim may have a claim for compensation.

NBC 41 News reports, “at around 2:45, deputies responded to a call of a person shot at Westminster Apartments on North Atwood Drive.” Police apparently discovered the young man “lying outside the apartment complex with a gunshot wound to his abdomen,” and he was transported for emergency care “in critical, but stable condition.” His current condition has not been released.

Police have not yet identified a suspect in the shooting, presumably leaving residents concerned for the safety of their families. Media reports indicate a teenage girl was fatally shot at the complex in December, 2015.

Apartment residents and guests have a right to feel safe and secure while on the premises. The Murray Law Firm questions the level of security provided to those at the apartment complex and whether this shooting may have been prevented.

By law, property owners in Georgia are required to protect all those legally on the premises from any foreseeable harm.  Should the facts of this matter reveal that the apartment complex owner or management company failed to provide adequate security, Mr. Johnson may elect to seek justice and pursue legal claims for his injuries.