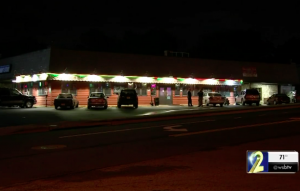 Could this unconscionable stabbing have been prevented and are justice and compensation available to Mr. Sanchez?

According to The AJC, Mr. Sanchez was approached by two men “outside SuBourbon Bar on Summers Street,” shortly before midnight.

Mr. Sanchez told Channel 2 he believes the stabbing was “racially-motivated.” The suspects apparently began making derogatory racial remarks shortly before brandishing a knife. Mr. Sanchez was transported to the hospital with injuries. Police are still searching for the two suspects.

Was negligent security a factor in this Kennesaw bar stabbing and could this attack have been prevented?  Read Our Legal Take below to find out if Mr. Sanchez may have legal avenues for justice and claims for substantial compensation in Georgia.

Bar and parking lot patrons have a right to feel safe and secure while on the premises. The Murray Law Firm questions the level of security provided at the subject property and whether this assault may have been prevented.

By law, property owners in Georgia are required to protect all those legally on the premises from any foreseeable harm.  Should the facts of this matter reveal that the premises owner or management failed to provide adequate security, Humberto Sanchez may seek justice and elect to pursue legal claims for his injuries.