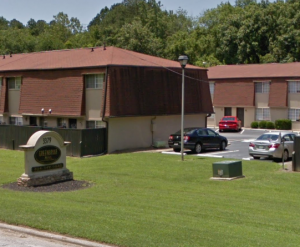 Could the tragic loss of this Atlanta teenager have been prevented are justice and compensation available to Jaylen Shabazz’s family?

Police told The AJC, officers initially responded to shots fired “at the Greenbriar Mill Apartment Homes” in the “3300 block of Stone Road in southwest Atlanta about 10:30 p.m. Saturday.” They did not locate any victims or suspects at that time. Officers later returned to the scene “about 9 a.m. Sunday after a second caller reported a person down…behind one of the apartment buildings.”

The tragic loss of such a young man and the critical time lapse prior to his discovery raise disturbing questions over security measures at the complex.

Was negligent security a factor in this senseless Atlanta apartment shooting? Read Our Legal Take below to find out if Mr. Shabazz’s family may have legal avenues for justice and claims for substantial compensation in Georgia.

Apartment residents and guests have a right to feel safe and secure while on the premises. The Murray Law Firm questions the level of security provided at the apartment complex and whether this tragedy may have been prevented.

By law, property owners in Georgia are required to protect all those legally on the premises from any foreseeable harm.  Should the facts of this matter reveal that the apartment complex owner or management company failed to provide adequate security, Mr. Shabazz’s family may seek justice and elect to pursue legal claims for his wrongful death.