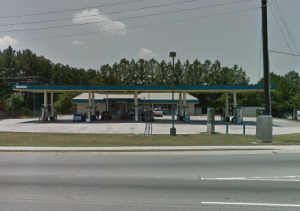 Was Negligent Gas Station Security a Factor in the Death of Vitali Mialik?

According to The AJC, the fatal shooting occurred shortly after 11:00 p.m. at “the Valero station in the 1700 block of Beaver Ruin Road in unincorporated Norcross.” Mr. Mialik apparently “went to the gas station to buy items from the store.”

After leaving the store, two men approached Mr. Mialik in the parking lot, where an “argument escalated” into gunfire, per Norcross Patch reports. Tragically, Mr. Mialik succumbed to fatal injuries at the scene.

Did negligent security contribute to the death of this young Suwanee man? We represent individuals and families in Georgia who have suffered a tragic loss or injury as a consequence of negligent property security, and we have recovered tens of millions of dollars for our Clients. Read Our Legal Take to find out if the victim’s family may have a legal avenue for justice and claims for substantial compensation in Georgia, or call now for a free consultation with out legal team: 404.842.1600.

By law, property owners in Georgia are required to protect all those legally on the premises from any foreseeable harm.  Should the facts of this matter reveal that the gas station owner failed to provide adequate security, the family of Mr. Mialik may elect to pursue legal claims and civil justice for his wrongful death.