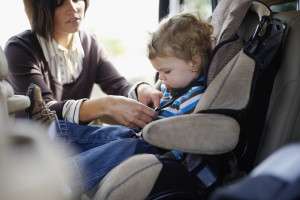 Georgia and Tennessee state law enforcement officials confirm a spike in unrestrained motorist and passenger accidents. Sadly, these statistics extend to teens and young children who were injured or killed in accidents without being properly restrained.

The Murray Law Firm hopes this new data will serve as a grave reminder to all parents, drivers and passengers to buckle up.

Vehicle crashes involving unrestrained motorist and passengers are increasing in both Southeast Tennessee and North Georgia.

“We’ve seen a spike in crashes. Interstates have seen a 22-percent increase in crashes this year,” said one Georgia State Trooper.

Within the 12-county Chattanooga district for the Tennessee Highway Patrol, the numbers are considered disturbing.

Since 2012, more than 1,100 unrestrained people have been injured in crashes. 142 of those cases resulted in death. Hamilton County had the highest unrestrained fatalities with 33.

Since January of this year, 86-unrestrained motorists and passengers were injured in crashes. 28-of those injures happened in Hamilton County. But those numbers mainly account for adults.

Georgia had nine straight years of reduced road fatalities. But this year, numbers have spiked.

A great majority of those fatalities involve teenage drivers.

“We’ve buried too many of most valuable resources; our children. And many times they’ve done that because they were not wearing their seat belt,” Blackwood said.