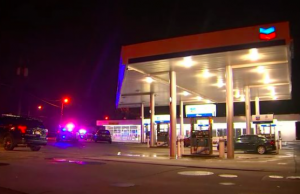 Neighbors near a high-crime Atlanta gas station are calling for an end to violence following an apparent string of shootings over the last few months.

According to  WSBTV 2,  a “Chevron…located on the corner of Lakewood Avenue and Jonesboro Road” has been the subject of three shooting investigations in the last four months. Residents voiced concerns with media, “saying it’s too dangerous to even drive by.”

The apparent history of criminal activity at the gas station raises grave questions over security measures at the property.

Gas station patrons have a right to feel safe and secure while on the premises of the establishment they are visiting. By law, Georgia property owners are required to protect all patrons legally on the premises from any foreseeable harm.

END_OF_DOCUMENT_TOKEN_TO_BE_REPLACED

Did negligent security contribute to this gas station shooting? Read Our Legal Take to find out if the victim may have a legal avenue for justice and a claim for compensation.

A man was reportedly shot and injured outside of an Atlanta Chevron gas station Tuesday morning, October 18, 2016.

According to The AJC, the shooting occurred at “the Chevron on Donald Lee Hollowell Parkway.” The victim was reportedly “approached by two men in a black jaguar and shot in the stomach about 4:40 a.m..”

Police have apparently not yet identified suspects or a motive.

Gas station patrons have a right to feel safe and secure while on premises of the establishment they are visiting. The Murray Law Firm regularly represents victims of gas station violence in Georgia, and questions the level of security provided and whether this shooting may have been prevented.

By law, property owners in Georgia are required to protect all those legally on the premises from any foreseeable harm.  Should the facts of this matter reveal that the gas station owner or management failed to provide adequate security, the victim may elect to seek justice and pursue a legal claim for his injuries.