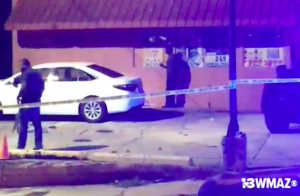 A staggering number of violent crimes are plaguing Georgia convenience stores. It’s time owners and managers make the safety and security of staff and customers their first priority.

Two Augusta teenagers were injured in a convenience store shooting in August 2018, according to The Augusta Chronicle.

Convenience store patrons have a right to feel safe and secure while on the premises of the establishment they are visiting. By law, Georgia property owners are required to protect all those legally on the premises from any foreseeable harm. For example, should a store or gas station owner have knowledge of prior crime on or near property, they have a responsibility to implement reasonable security precautions to protect employees and patrons from future crime. Security measures may include: bright lighting, metal detectors, clear windows, a visible security guard or off-duty police officer, visible sight lines, and surveillance cameras. Should a convenience store owner fail in this critical duty, they may be held civilly liable for any assaults, injuries or wrongful deaths which occur as a consequence.