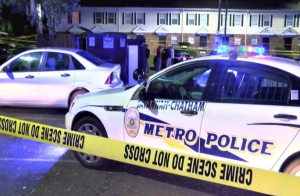 Did negligent security contribute to this triple shooting? Read Our Legal Take to find out if the if the victims and their families may have a legal avenue for justice and a claim for compensation.

WJCL News 22 reports, “Josh Lewis and George Thorpe were found with gunshot wounds when officers arrived at the Live Oak Apartment Complex at about 2:30 a.m. on Sunday. [Mr.] Lewis was taken to Memorial University Medical Center where he died from his injuries. [Mr.] Thorpe was treated for non-life threatening injuries.” A third victim was apparently transported to the hospital in a private vehicle. His condition has not been released.

According to the WJCL.com report, “[p]olice believe the three men were outside an apartment when they were shot.”

Apartment residents and guests have a right to feel safe and secure while on the premises. The Murray Law Firm questions the level of security provided to those at the apartment complex and whether this shooting may have been prevented.

By law, property owners in Georgia are required to protect all those legally on the premises from any foreseeable harm.  Should the facts of this matter reveal that the apartment complex owner or management company failed to provide adequate security, the family of Mr. Lewis may elect to seek justice and pursue a legal claim for his wrongful death. Additionally, Mr. Thorpe and the other victim of this shooting may elect to pursue claims for their injuries.

We represent our Clients on a contingency agreement, which generally means that no fees or payments are owed until and unless we recover. Anyone seeking further information or legal representation is encouraged to contact us via e-mail (click here) or by telephone at 912.385.9690. Consultations are free and confidential.