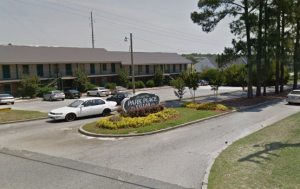 Could the tragic death of this young Statesboro man have been prevented and is justice available to Mr. Jones’ family?

19-year-old Tamashe’ Diquan Jones was reportedly shot and killed during a party at the Park Place Villas apartment complex Friday night, June 1, 2018, according to WTOC 11.

According to FOX 28, Mr. Jones was “rushed to the emergency room by two neighbors who found him lying on the ground in Park Place just before 11 p.m.” Tragically, he succumbed to fatal injuries.

The complex has an apparent history of criminal activity, including prior shooting investigations in November 2016, June 2016 and August 2014, per media reports.

Was negligent security a factor in this senseless Statesboro apartment shooting and could this tragedy have been prevented?  Read Our Legal Take below to find out if Mr. Jones’ family may have legal avenues for justice and claims for substantial compensation in Georgia.

Apartment residents and guests have a right to feel safe and secure while on the premises. The Murray Law Firm questions the level of security provided at the subject property and whether this tragedy may have been prevented.

By law, property owners in Georgia are required to protect all those legally on the premises from any foreseeable harm.  Should the facts of this matter reveal that the apartment complex owner or management failed to provide adequate security, the family of Tamashe’ Diquan Jones may seek justice and elect to pursue legal claims for his wrongful death.

We represent our Clients on a contingency agreement, which generally means that no fees or payments are owed until and unless we recover. Anyone seeking further information or legal representation is encouraged to contact us via e-mail (click here) or by telephone at 912.385.9690. Consultations are free and confidential.