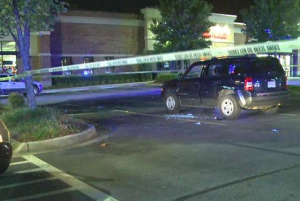 A man was reportedly shot and critically injured in the parking lot outside Dugan’s Bar in Atlanta Tuesday evening, August 11, 2015 per media reports.

According to 11 Alive News, the shooting occurred in the parking lot outside Dugan’s Bar on Old National Highway, shortly after 10:00pm. The news station reports that “Fulton County Police units were dispatched to Dugan’s Bar in the 6100 block of Old National Highway at about 10:15 Tuesday evening after a man was reported shot outside his vehicle there.”  The victim was reportedly shot in the chest, and transported to Grady Memorial in critical condition. Fulton County Police apparently have not yet identified a suspect or motive in the shooting.

The Murray Law Firm has represented Clients who have been subject to violent crime in the Old National Highway area.  As police continue their investigation, questions arise as to the level of security afforded to those in the parking lot.

Generally, parking lot owners are required to protect all patrons legally on the premises from any foreseeable harm.  Should the facts of this matter reveal that the owner or management of the parking lot failed provide adequate security, the victim may elect to pursue a legal claim for his injuries. Under such a claim, the victim and his family may be entitled to substantial monetary compensation.  Given the complexities of pursuing such a potential case, it is imperative that the victim immediately retain an experienced attorney who can ensure the preservation of any and all evidence that may support such a claim. Based upon its prior experience in handling negligent security cases in Georgia, The Murray Law Firm suggests that photographs and a thorough, unbiased inspection of the apartment and property will need to be performed immediately, before any evidence may be repaired, damaged or destroyed.

The Murray Law Firm has recovered millions of dollars for victims of gun violence and security negligence in Georgia, and we offer our legal assistance if desired.  We represent our Clients on a contingency agreement, which generally means that no fees or payments are owed until and unless we recover. Anyone seeking further information or legal representation is encouraged to contact us via e-mail (click here) or by telephone at 404.842.1600. Consultations are free and confidential.